With the Brunel Building & Dudley Tower going up in Paddington Basin, it is becoming quite apparent what the visual impact is going to be in Little Venice. 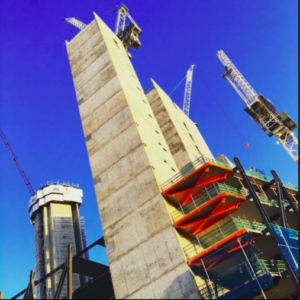 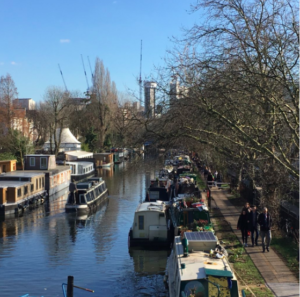 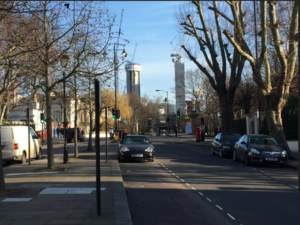 It is all very well Cllr Daniel Astaire talking about .”…growth needn’t necessarily mean tall buildings” in the ‘Taller buildings’ debate in last week’s Westminster Extra ( 23rd Feb 2018 ) but he neglects the reality of Dudley Tower and Brunel Buildings in Paddington Basin going up right now and ruining the skyline view over Little Venice. What is visible  now is only the lift tower and tuis only a fraction of what will be built with a bland semi industrial aesthetic  cladding, approved as a ‘non material alteration’ under delegated powers. These are  not just big, they’re ugly. So too are the the clumsy dark brick clad buildings along Harrow Road and South Wharf Road,  now towering over the Georgian gem of St Marys Church , Paddington Green. We agree with the words of Rohan Silva (Evening Standard 13 January 2018) “Now is the time to put a stop to the low quality, generic and outright terrible buildings that are blighting our city. It’s not just a question of aesthetics-its about economics too.

When planning permission was given for the Brunel Building, condition 5 referred to the visual impact yet when it was submitted very little could be ascertained from certainly the elevation drawings submitted. Furthermore the view analysis of Dudley Tower when planning was granted does not do justice to its actual visual impact on Little Venice pool, particularly when it was turned from a 7 storey to a 22 storey building.

Little Venice residents were not  consulted since they live outside the ward boundary but suffer the impact on their visual amenity. So Cllr Daniel Astaire, who is to blame for the skyline of Little Venice being ruined ?

A Labour administration at City Hall after the 3rd of May will make sure;

If residents want a decisive change in planning in our City, only voting Labour on the 3rd of May can make a difference. 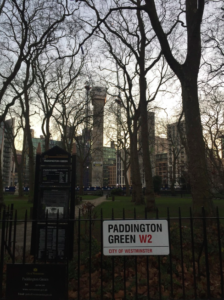 New developments going up against the tree line of Paddington Green

A version of this blog was been published in the letters page of Westminster Extra on 2nd March 2018.