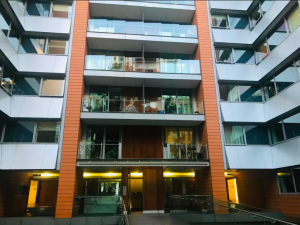 M&M Buildings,W2 private leaseholders are facing huge increases in their annual building insurance along with the anxiety of living with ACM cladding

Last month l was invited to go along to Paddington Walk,W2 to hear from residents in a private block known as the M&M Building about the impact of the Grenfell tragedy on private leaseholders which has similar ACM cladding installed.  The management company has struggled to secure terms to renew the policy, and they risk having no cover or see premiums raised by a truly shocking 1000% which puts even more strain on their overburdened finances due to the cost of interim fire safety measures and is a huge cause of anxiety. So not only have they got to deal with the mental tension of living in flats where a fire could spread very quickly but their annual building insurance has sky rocketed as a result, to cover the potential cost of it all!

This was made clear in the a response my colleague Andrew Dismore the Assembly Member for Camden & Barnet got from a written question he made to the Mayor where he asked what he was doing to persuade the government of the scale and urgency of the matter.  In the response the Mayor made the point about ACM cladding and building insurance that the problem is felt acutely in London and it can only be solved by nationwide action from Central government. He reassured that his team will redouble their efforts to ensure the government takes concert action the on the issue.

This comes on the heels of the news that some £25 million cuts to the Fire service is needed over the few years by the Mayor as he predicts he may have to be implemented as a result of grant cuts from central government.

This is goes against all the evidence shown by the experts in the field.  The London Fire Commissioner has identified what needs to be done, including new equipment such as radios, BA and specialist vehicles including 64m aerial ladders; urgent training to raise standards on incident
command and blue light appliance driving; new procedures, tactics and training for
high rise firefighting; community outreach, improved fire safety work, and youth
engagement. The cost of this vital LFB Transformation Delivery
Plan was reported as being a “£4.1m estimated ongoing cost to deliver” it. How is
this going to be found with the proposed £25 million cut in the Brigade’s budget?

In 2016, the Mayor also commissioned the Anthony Mayer independent review into the Fire
Brigade’s funding, after Boris Johnson’s draconian cuts to fire stations, fire engines,
and firefighters. His report was unequivocal: he said the Brigade could not shoulder
any further funding reductions “if it is to have sufficient resources to meet the
challenges of the future, and to keep Londoners safe”.

Since then, we have seen the new post Grenfell legislation which will expand the
Brigade’s enforcement role. New regulations are already bringing more buildings into
its regulatory and enforcement role yet this expansion is barely funded. The LFB
already had a significant budget gap before this latest crisis. Cuts of this magnitude
cannot be achieved without affecting the front line response, as Meyer
indicated. So are the average London wide six- and eight-minute response times for
the first and second fire engines’ attendance now going to be at risk and jeopardised. This will be a major issue in the May 2021 election.

One thought on “Grenfell tragedy impact on private leaseholders”